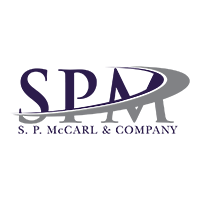 Foster McCarl, Jr. formed McCarl’s Plumbing & Heating Company in 1946 after being discharged from the Air Force. He initially focused on the residential market while the company quickly established itself as a reliable and dependable plumbing and heating contractor. In 1949, McCarl’s was incorporated in the Commonwealth of Pennsylvania.
With a vision for growth the company quickly transitioned into light commercial and eventually heavy commercial and industrial work. At each stage in the company’s history the foundation of its growth was always based on integrity. In the early years many contracts were sealed based on a firm handshake rather than with a signature at the bottom of a contract. A reputation for delivering what was promised provided the groundwork for establishing a large client base of repeat customers.

Recognizing the opportunity for advancing the business, Foster opened multiple office locations including our office in Altoona in 1973. By the early 1980’s our company had established itself as one of the 50 largest mechanical contractors in the United States.

In the 1980’s Foster McCarl, Jr. proceeded with his succession plan and transferred ownership to his four sons. Together they outlined the attributes by which their father had created such a successful business. The idea was to capture the essence of what shaped the success so they would not lose sight of what made the company great. They clearly recognized that there were eleven key components at the heart of the success of our business: honesty and integrity – good management – loyal employees – providing value for dollar spent – effective job management – direct McCarl family involvement – consistent service – commitment to our word – competitive pricing – guaranteed performance – uncompromising safety commitment. Establishing those principles as the blueprint for continued success they trademarked them as The McCarl Way®” of doing business.

Shawn McCarl, Foster’s youngest son, became General Manager of the Altoona office in 1990 which brought full time family presence for the first time to this location. Shawn emphasized the attributes in “The McCarl Way®” when he took over leadership in Altoona.
Shawn eventually took over independent ownership of that office and in 1996 became the sole proprietor of S. P. McCarl & Company, Inc. Since that time our business has grown into one of the most successful mechanical contractors in Central Pennsylvania.