About Us - Community Involvement

S. P. McCarl & Company is very serious about being a contributor to our community. Most of our employees give of themselves to help make the places we live better by donating their time as well as being financially generous. Our philosophy as a company is that we are here for a larger purpose and helping those in need is part of that greater calling.

S. P. McCarl & Company has led the effort on some very large projects in our area. Shawn McCarl founded the Hollidaysburg Area Youth Football Association (HAYFA) in the 1990’s. In Beaver Falls, PA where Shawn grew up they had a strong youth football program serving as a foundation for strong high school football teams. Shawn dedicated tremendous time and resources to create HAYFA which has been remarkable for the youth of Hollidaysburg and has served as a great training ground for the Hollidaysburg High School football program.

S. P. McCarl & Company donated remarkable time and resources to providing G-TURF (Golden Tiger Ultimate Recreational Field). The Hollidaysburg High School football stadium was previously natural grass and no one was allowed to use the field except for the football team on game day. With the implementation of the G-TURF playing surface the field is now used on a daily basis for football practice, by neighborhood kids, and by many organized sports teams for both football and soccer.

Another project S. P. McCarl & Company supported that has brought joy to numerous children is the Miracle League of Blair County. With this incredible ball field, kids of varying disabilities experience the thrill of playing baseball which was previously something they could do only in their dreams. 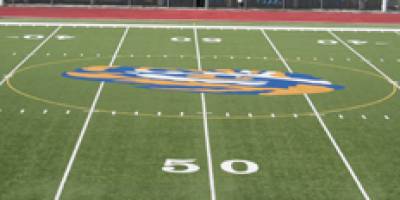